IPFS short for Interplanetary File System. Is a network of nodes that stores the data so it doesn't have any single point of failure or centralized authority similar to a Blockchain. IPFS content addressing enables the storage of large files off-chain and puts immutable, permanent links in transactions — timestamping and securing content without having to put the data itself on-chain. IPFS empowers creators to build and share on the decentralized web — whether that's delivering content free from intermediary control or minting NFTs that stand the test of time.

The Kavarii token is an ESDT which stands for Elrond Standard Digital Token. Due to the native in-protocol support, ESDTs are as fast and as scalable as the native EGLD token itself. The KVRI token will power the Kavarii ecosystem and fuel creators' creativity and user based engagement. Redeemable rewards, custom tipping, and governance capabilities are all possible with the KVRI token. KVRI token holders will be able to vote on all future project proposals and share an equal voice due to equal voting. Every KVRI transaction can be verified by anyone at any time through the Elrond explorer. Every transaction, number of holders, circulation supply, transaction amount, and much more. Everything our team does is 100% transparent.

Users will need two tokens to participate in the Kavarii ecosystem, KVRI, and EGLD. KVRI will be the only token used for in-platform rewards, and users must obtain EGLD (Elrond’s Native Token) for gas fees.

During the Alpha (Devnet) Phase users can obtain KVRI through the built-in Faucet. Once the mainnet version is released the KVRI token will be available through the exchanges, Aerovek Staking Agency delegation rewards, and Dope Eagles NFT Staking rewards.

The unique thing about the Elrond Network is that it gives the user (wallet) full ownership of the NFT rather then the Smart Contract. This allows for true self-sovereignty, “The Elrond protocol introduces native NFT support by adding metadata and attributes on top of the already existing ESDT. This way, one can issue a semi-fungible token or a non-fungible token which is quite similar to an ESDT but has a few more attributes, as well as an assignable URI. Once owning a quantity of an NFT/SFT, users will have their data stored directly under their account"

The public ledger, where each upload and purchase is recorded, ensures copyright protection, making it simpler for content rights owners to pursue infringement lawsuits against anyone who illegally republish their content.

Since every video will exist on the blockchain forever tied to the user’s unique address that means it will deter anyone from uploading any illegal or obscene content. Of course, all illegal and obscene footage will be restricted and if seen will be reported to the DAO and be hidden from the User Interface. 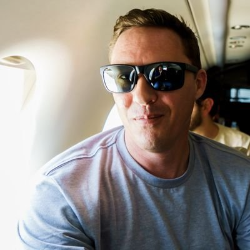 Updated 10 Jan 2023
Did this page help you?
Yes
No
UP NEXT
Live Streaming
Docs powered by archbee